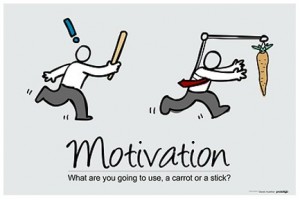 The Prime Minister this week handed the business sector a stick with which to beat the government heading into the next election – monthly confidence poll results. Up until now the government has dismissed the high pessimism as simply business sour grapes and “junk”. Now the government has announced the creation of a Business Advisory Council to deliver frank input regarding business matters.
The PM intends that this will help lower the level of business pessimism. Maybe, maybe not. Her problem is that having set a goal of reducing business pessimism, if it is truly politics which lie behind the pessimistic sentiment gauges, then with the business sector biased toward the right chances are they will signal that bias right up to the next general election in two years.
That to the side, is it likely that the creation of the BAC will actually alter government business policy? Coming alongside some 100-130 other reviews, with the left-wing Greens in power alongside dismissive NZ First, chances are slim. But it’s always nice to think that someone is at least pretending to listen when you speak. Politeness costs nothing.

On the discussion paper regarding tenancy rule changes, it is best to consider the proposed changes from the point of view of the long-term change in home occupancy in New Zealand. We have highlighted before that as the proportion of the population renting goes up legislation will naturally change to reflect the needs of this growing class. Changes have already occurred to try and make property investment less attractive for people who for three decades have been told by National and Labour governments to build assets to prepare for their retirement because maybe superannuation will be slashed!
But these proposed changes reflect societal shifts in power – voter power in particular. The changes include removal of “no cause” terminations, longer termination periods, banning banning of pets, limiting rent changes to once a year and requiring a pre-set formula for calculating rent changes, and no rent bidding wars. What will happen?
Property owners will become a lot more selective about who they allow into their properties, and rent rises upon tenant changes will likely be a lot more than we have seen before. Accommodation problems for people at the lower end of the socioeconomic scale and those of poor personal habits and respect for others’ property will escalate. Demand for state housing will increase. Some investors will sell, worsening the housing shortage as young couples sharing a parent’s home buy and move out.

Speaking of state assistance, one despairs about the lack of underlying entrepreneurial spirit and willingness to stand on one’s own two feet in this country upon hearing that our topmost rugby people want subsidies to keep already highly paid players in NZ. This is a sad indictment of Kiwi attitudes perhaps helping to illustrate why businesses are so pessimistic currently – they still want government to hold their hand. Congrats to the PM for dismissing this begging bowl out of hand.

For your guide, we have just lost early insight into one of the key influences on the housing market – net migration flows. With departure cards disappearing Statistics NZ will now use a computer model to estimate (guess) each month’s flows and won’t actually be able to tell us true flows until 17 months after the event. To illustrate why the new data will be useless for short-term analysis, consider the 95% confidence interval around the March 2018 net flow estimate made in April. Somewhere between -3,228 and +8,320! The December range calculated in April stood at -850 to +6,391. And the September 2017 range stood at +3,501 to +9,206.

Now and then we will note the annual numbers, but all monthly analysis is now worthless.