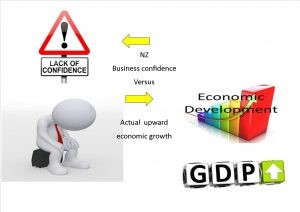 In the middle of August last year when opinion polls started to show a strong probability that a Labour-led government would emerge from the September general election, I wrote a piece opining that business sentiment would not undergo a “winter of discontent” as happened the last time Labour assumed office in 1999. In actuality business sentiment has collapsed but the economy has continued to power ahead nonetheless, thus highlighting that there can be a world of difference between what people say and what people do.

In fact as previously noted, when Labour were last in power for nine years business sentiment was 40 points lower than when National were in power. But the economy grew on average 3.5% a year versus 2.5% under National, and jobs grew on average 2.5% versus 1.6%. So one cannot run an argument that our economy grows more slowly under Labour. 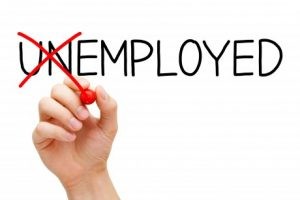 In this regard yesterday we saw the release of data showing that New Zealand’s unemployment rate has fallen to a ten year low of 3.9% in the September quarter from 4.4% in the June quarter and 4.7% a year back. Businesses may have been moaning about the new government but they have continued to hire people in droves – if they can find them.

New Zealand’s labour market is strong and helping to underpin areas like housing, retail spending, outward and domestic travel and so on. But is the strength delivering accelerating wages growth yet? Not really. The measure I like to follow looks at changes in rates of pay for the same jobs. This measure was rising at a pace of 5.4% the last time the unemployment rate was below 4% in 2008. But the latest rate of growth is just 3.3%, up from a low of 2.6% two years ago. 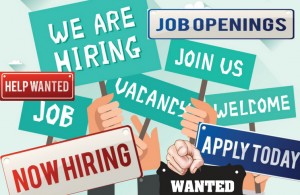 In common with the rest of the world the strong NZ labour market and shortage of staff is not leading to any decent acceleration in wages growth.There is not yet common agreement globally on why this key labour market measure has changed its behaviour post-GFC. But reasons commonly cited include offshoring of work, young people pursuing income growth over a longer time period than before, businesses trying to retain wage cost flexibility through paying bonuses and giving annual perks rather than agreeing to lock in higher rates of pay, and so on.
This lack of wages growth is important because it tells us that while the high strength of our labour market suggests inflation will rise soon, all modelling built around this link has proved wrong for almost ten years. Our central bank is likely to continue to wait until our inflation lifts appreciably before they once again start a tightening cycle. 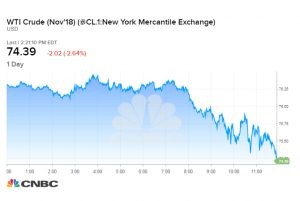 Yet anticipation of such a cycle starting earlier than the Reserve Bank’s most recent indication of late-2020 helped propel the NZ dollar to a three month high against the US dollar near 67.5 cents and six month high against the Aussie dollar near 93.5 cents. Ironically, coupled with some recent falls in international oil prices we are likely to see some extra relief at the petrol pumps very soon.

Will the labour market strength continue? As previously noted, although business investment intentions have fallen sharply, employment intentions have declined by less from pre-election levels. Business are still seeking people and likely to continue to do so. Maybe that searching leads to faster wages growth, maybe not… Our models can’t tell us any longer what will happen

But businesses are likely to face even more difficulties finding people and business operators need to give thought to what it means for their growth plans and contract acceptances in this new world of labour shortages. For many the answer is going to have to be to stop pursuing extra work. 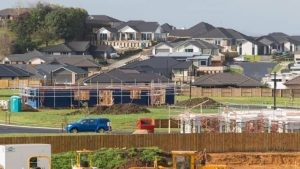 Column of the week prize I give to a tiny piece by Damien Grant in the Sunday StarTimes. His spot on argument is that the housing crisis is here to stay with a key factor being the restrictions on uses to which land can be put, the arduous drawn out processes needed to change anything, and the deeply detailed yet confusing rules involved in putting a house up.

New Zealand has regulated itself into a corner in the construction sector. In this new world we are increasingly concerned that anything we do might upset or offend anyone on the planet or someone on behalf of someone they think may take offense, and more legitimately anything with environmental impact is more and more regulated (rightly).

It is hard to imagine anything other than that the rules will become more detailed, more complicated, more stringent over time. Construction costs will continue to rise. For instance, higher costs for dumping construction waste may be on the way. And that is a key reason why property owners can do best just to sit on what they own and wait for the rising cost of a replacement to deliver easy capital gain. 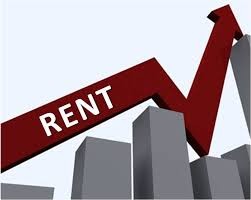 Having said that it would be wrong to think that there will not be an increasing emphasis on the need to raise rents to offset the extra costs coming along for landlords and the increasing difficulties in managing away from bad tenants. It is unfortunate that one side effect of the government’s efforts to give tenants greater protection will be the shutting out from the private rental market of those with anything in their current character or circumstances and anything in their back story which makes landlords wary. In addition, with many landlords saying they cannot raise rents much because tenants cannot afford higher costs, the incentive will increase to renting through Airbnb. This accelerating effect overseas will shrink the rental stock available to long term tenants.

Regarding house purchasing using the KiwiBuild lottery (big houses for childless couples worsens the housing shortage), apparently, very soon, the government will announce a shared equity scheme in conjunction with banks to assist people on lowish incomes to buy their own homes. Socially, sounds fantastic. Economic impact? More people will be looking to buy a house. The increase in demand will place upward pressure on prices beyond what they would otherwise be. 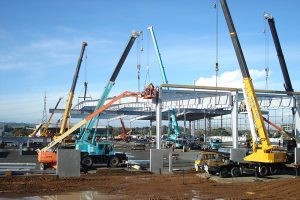 A big question however is this. Will the shared equity scheme one day whip back on us as a housing collapse? This question is motivated by the tendency observed overseas for government schemes aimed at boosting home ownership rates to lead to excess construction and people gearing themselves into properties they eventually cannot afford to keep.
That won’t happen here for a couple of reasons. One is that the debt servicing burden on shared equity buyers will be contained by limitations on the debt they take on. The second is that construction levels in New Zealand are constrained by lack of resources. As is now being openly admitted by the government for the KiwiBuild programme, any increase in schemespecific construction will not boost overall housing volume because other construction will be displaced.

But to the extent there is a rise in demand for new builds there will be some upward pressure on section prices in low cost locations probably far from public transport routes. And some further shifting of the house construction breakdown to more lower priced houses will further widen the gap between entry-level houses and those in higher price brackets. Getting on the housing ladder for people will be easier, and that is good. But moving up the ladder will become harder. 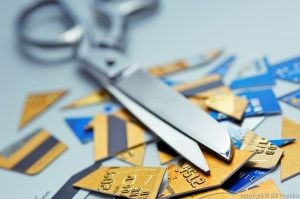 Note that there is still an offset to this increase in credit flow and housing demand likely to come from some further tightening of bank lending conditions. The Royal Commission into financial services in Australia has revealed some bad practices over there which thankfully we do not have to the same degree here.
But to the extent lending conditions in Australia have already tightened up with more restrictions on debt-loading borrowers likely to come, history tells us a tendril of those changes will find its way here. The message to young borrowers will increasingly be along the lines of needing to build a good deposit and to be prepared to cut expenditure in order to meet serviceability criteria based on actual bank statement identified spending patterns rather than standardised amounts. And get rid of all non-mortgage debt including unused credit card limits.

One big change for young buyers is that we are in the part of the housing cycle where time is on their side.Average house prices are unlikely to rise much over the next three to four years (assume 3% per annum once Wellington finishes the catchup we predicted 3-4 years ago). That gives time to build a deposit through slashing non-essential expenditure And don’t forget that you don’t need a 20% deposit to get a loan from a bank. Even as low as 5% is okay, but you will pay an interest rate premium for that of perhaps 1% on top of the listed home loan rate. Personally I would fix two or three years. No monetary policy tightening is imminent in NZ. But it still seems reasonable to expect that tightening monetary policy and rising bond yields in the United States will place some upward pressure on NZ fixed rates. Timing is anyone’s guess however. This week bank fixed funding costs jumped higher in response to the strong jobs data yesterday and the markets have now priced out a partial expectation that the Reserve Bank will cut the official cash rate from 1.75%. Pricing indicates expectations of the OCR rising from the second half of 2019 which is in line with our view.